Historically, it would have to be one of the event’s best publicised and most well-known stories, for it was the event that was conquered finally, by Porsche.

The bright red and white Porsche Salzburg livery is well known and appreciated by people at all levels of car enthusiasm…and the car that it was emblazoned upon? The 917 kurzheck. A car conceived by Porsche at the end of the sixties to forcibly go out and take the victory at Le Mans, and the World Sports Car Championship.

It had a fairly troubled gestation though did the 917, and in the first couple of years of its life aerodynamic and reliability issues saw it fall from favour – mainly with the drivers, who were more fond of the then-dated 908. So, it was understandable that when Porsche finally won Le Mans overall with the 917, it was worth publicising – and it seems, it still is today. 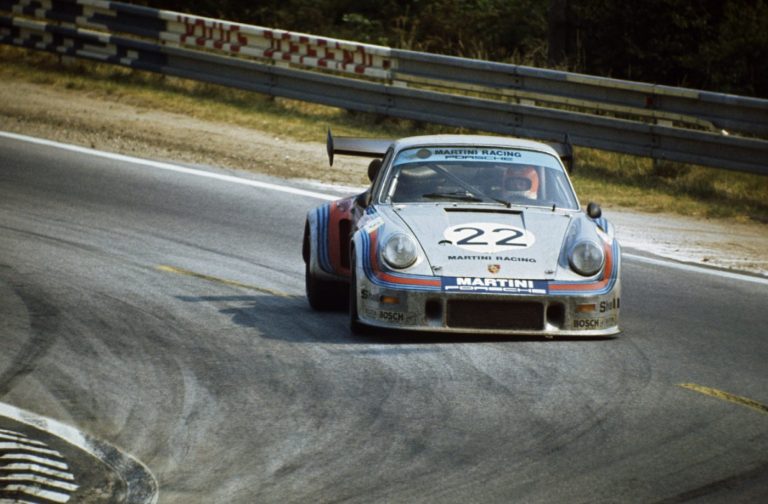 In the upper echelons of motorsport the rules change quickly and within a few short years, the 917 had effectively been banned by the FIA – and not just it, but all the big capacity Sports cars that saw out the 1960s. The 917’s life wasn’t over though, it saw a good handful of seasons in America as a Cam-am contender, and with a pair of turbochargers, the unit that made 580hp and pushed Porsche to the 1970 victory and then a couple more, was turning out 800-and-more horses in Can-am trim.

In Europe though, this left a major hole in Porsche’s arsenal.

By the time 1973 came round the reality was that in the wake of the rule-changes, and how prototypes would be classified within those rules, the turbo-charged 917s would be effectively outlawed in America as they had been in Europe. For Porsche then, the only thing that made any sense, in fact the only car that could be used to make inroads into future Prototype victory, was the 911. 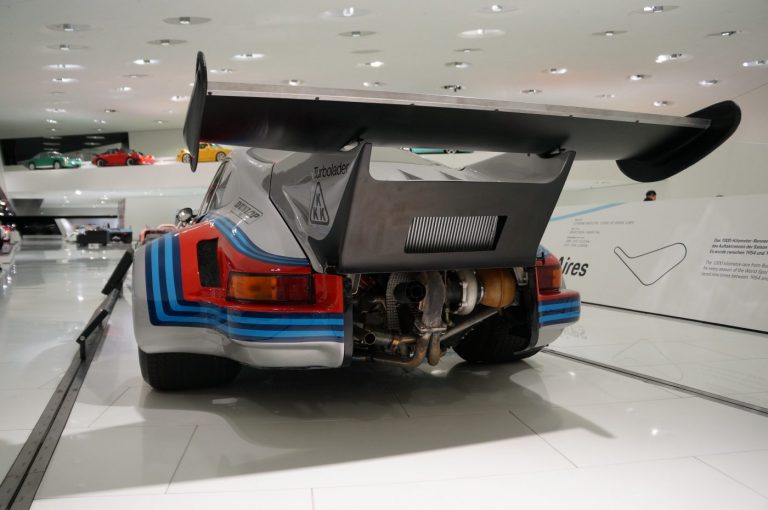 In 1972 development started on the swansong for “early” developed 911 models – the now famous RS Carrera. Sure, Porsche’s great white hope was already a winner, in sales terms as well as on the circuit; more than 1000 units were sold for road use, and the RSR version with 2.8 litre engine and an output of 308 horsepower had already won two World Championship races in 1973. That said, it was no match for the likes of Alfa Romeo’s T33, Matra’s French Missiles, the DFV-powered Gulf Mirage and the Ferrari entries which had upward of 450hp. The single only way forward was for Porsche to do to the Carrera what it had done to the 917; Turbo-charge it. 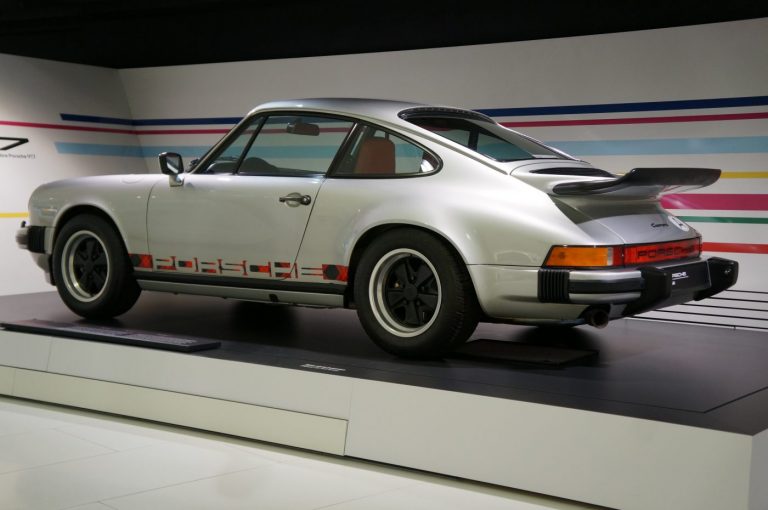 The first and most significant thing for the engineers was to correspond with the rules. The multiplication factor that applied to Supercharged and Turbocharged engines in the Prototype class, which had an otherwise capacity limit on naturally aspirated engines of 3000cc, meant that a half-sized version of the 917’s engine for the Carrera would be limited in capacity to just 2142cc.

Turns out Porsche already had the tools in the box. Ironically, with the original 911 crankcase and crankshaft. Those early cars built from 1964-70 were just two litres in capacity and with a small modification to the bore, 2142cc is exactly what they got. With a single turbocharger mounted in the exhaust tract of what effectively half a 917 engine – and the adoption of twin-plug cylinder heads, results in the region of 500 horsepower were realised. Porsche was on its way. However, equalling and exceeding the output of their opponent’s prototypes wouldn’t win Le Mans alone. Remembering that the 911 was still bigger and heavier and carrying the aerodynamic penalties that a racing car derived from a road car always brings, thought had to be given to the car’s dynamics. Front and rear lids, doors and wheel arches were substituted in glass fibre and the fuel tank was relocated from its typical 911 position ahead of the occupants to the inside of the cabin where one would normally expect to find the rear seats. An aluminium space frame was fashioned to carry the engine and rear suspension and titanium coil springs replaced the 911’s hallmark torsion bars in the rear. This shaved 250kg from the normal Carrera’s weight in race trim, and although it was still 175kg above the minimum weight for the capacity, that minimum was a struggle to reach for much of the competition too. 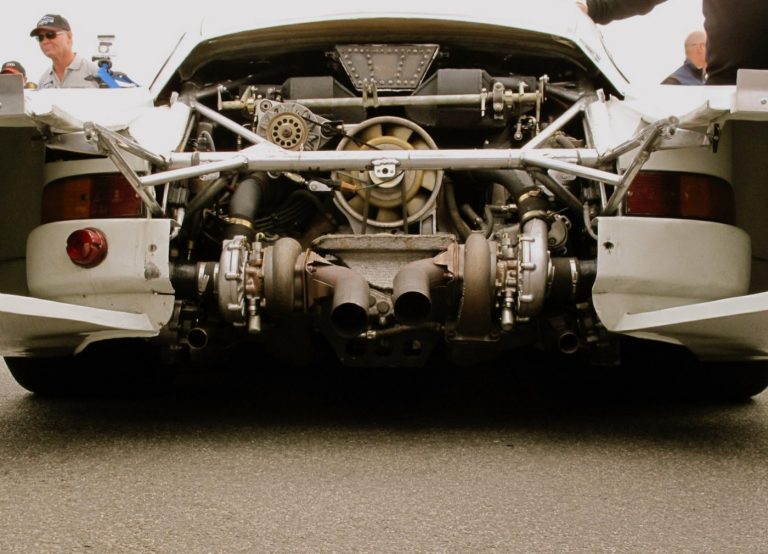 Out the car went, subjected to rigorous testing at Ricard, then at the Le Mans test weekend where afflictions of the turbo-charging kind abounded; overheating of pistons, valves and the cylinder heads. Some of this was cured by the installation of an air-to-air intercooler and its resultant presence at Monza was noteworthy. However, it was of course Le Mans where the car’s metal would be tested.

An overall win with the Turbo Carrera in France was neither expected nor predicted, but as the hours wore on, up the rankings it went until at the 18th hour, it lay second to Matra’s MS670C – a three litre V12. Only one the Matra it suddenly didn’t seem so preposterous that an overall victory was beyond the reach of the Turbo Carrera. And so it might have been, had Porsche not lost the use of their own fifth gear – a crucial cog on the long, fast La Sarth Circuit. Nevertheless, Van Lennep and Muller brought that car home a valiant second overall. Far higher up the results table than anyone would have predicted. As much as that second placing at Le Mans was more exciting than the overall win scored four years earlier, it was perhaps even more significant. Over the ensuing handful of years Porsche would develop the 934 and 935 for Groups 4 and 5 respectively, and from these racing cars the staunch decision from Weissach to homologate a turbo-charged 911 for clients to actually drive on the road. Moreover, not only would they build a 911 Turbo for road use but, the idea of marketing it in the same vein as the Carrera RS in 1973 like a stripped out and lighter-weight racing car was rejected, so the 911 Turbo would be built and marketed as a more luxurious flag-ship style car with a high-quality hifi, a sliding roof, leather upholstery and the option of air-conditioning. And thus, an enduring legend was born. 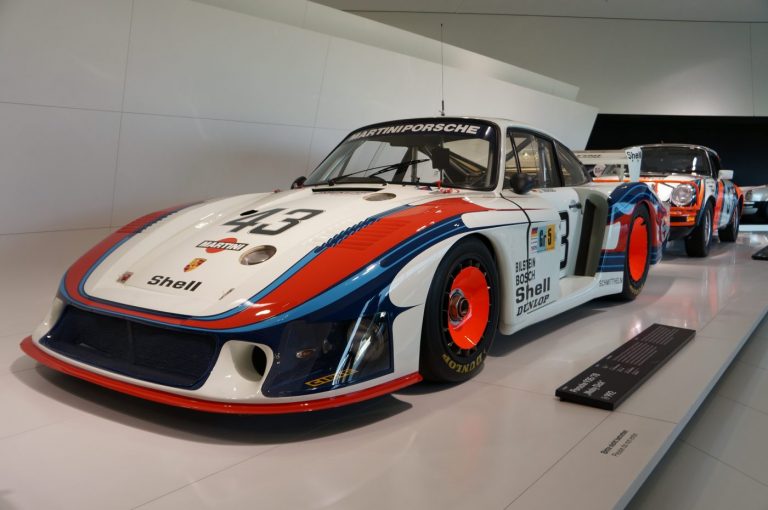 For the average car enthusiast Lancia stands for motorsport victory, those fire-spitting rally cars like the Delta and its brutal Group B cousin, the S4, which combined turbocharging and supercharging …

Glance at your watch. Now think about everything you’ve done in the last 24 hours – including some sleep, three meals and all the usual things that you’d fill a …