For the average car enthusiast Lancia stands for motorsport victory, those fire-spitting rally cars like the Delta and its brutal Group B cousin, the S4, which combined turbocharging and supercharging to endow it with the power to stay at the pointy end of a field of over-powered missiles that were subsequently outlawed as a consequence of high speed competition accidents.

The bold liveries of Martini, Marlboro and the Italian betting Agency Totip are emblazoned in the memories of all forty-somethings like me who remember the cars as children. 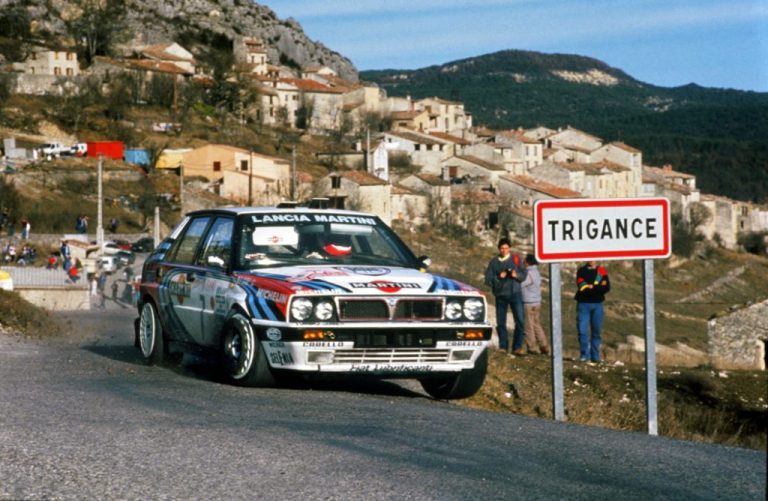 Earlier on, the front-drive Fulvia made a name on the international rallying stage and then, when the business got really serious, they came out with the purpose-built Stratos. Straight off the pen of maestro Marcello Gandini and powered by Ferrari’s FIAT-built 2.4 litre V6, it too spat flames and made famous the vivid green, red and white Alitalia livery. 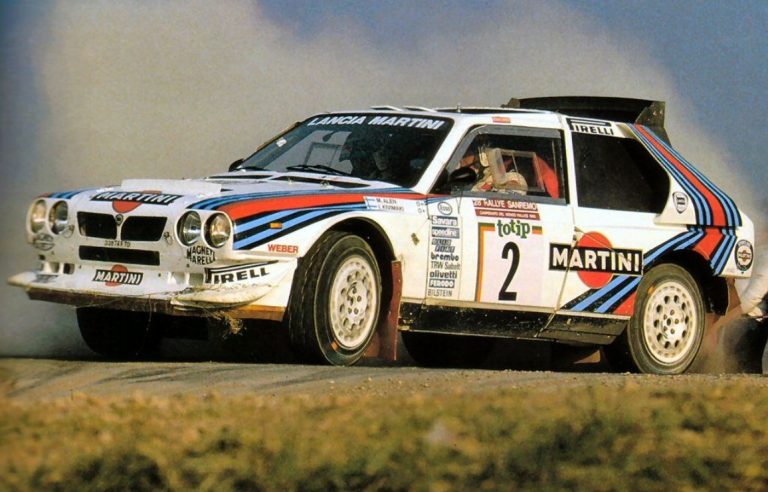 Ironically though, whilst I think the hash-taggers have these splendid and vivid memories in mind when they suggest that someone should indeed make Lancia great again it probably wasn’t those cars that made Lancia great in the first place.

The real story of Lancia’s rise to prominence began much earlier. In the closing decade of the 19th century a young Vincenzo Lancia rents the ground floor of the building his family is living in to a man named Giovanni Ceirano. To anyone with degree-like qualifications in the knowledge of defunct Italian car companies, Ceirano would be a familiar name but to most today this name is like scores of others, a forgotten brand. But young Vincenzo was so mesmerized by the goings-on in the ground floor tenancy of 9 Corso Vittorio in Turin, that he left technical school to take a job right there, underneath his family home. 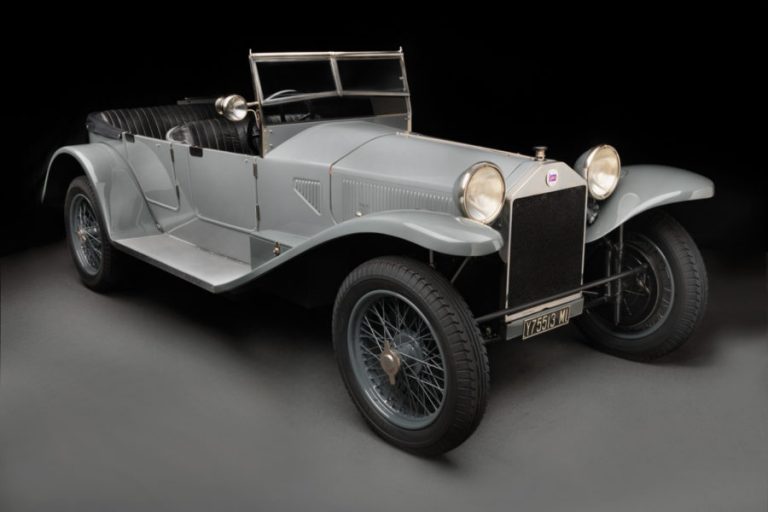 Things moved fast in the early part of the 20th century, and automotive technology especially was moving at a speed that it wouldn’t see again for another hundred years. Lancia’s time at Ceirano was brief and in 1904 he moved to FIAT. Just two years later the ambitious and utterly switched-on Vincenzo went into business as a manufacturer in his own right.

Although he had driven competitively, for his own cars Lancia saw no point in racing. His emphasis was to build quality cars that had astonishing engineering. He is said to have had an ear that could detect an irregularity in a running engine from a mile away, and his attention to detail and desire to innovate were there from the very beginning.

The early cars were robust and handsome but real innovation for Lancia didn’t arrive until 1922 with the Lambda. The first unibody, or monocoque was so far ahead of its time that Lancia was forced to resort to using a separate chassis to appease those clients who wanted their cars bodied by their choice of automotive couturier. 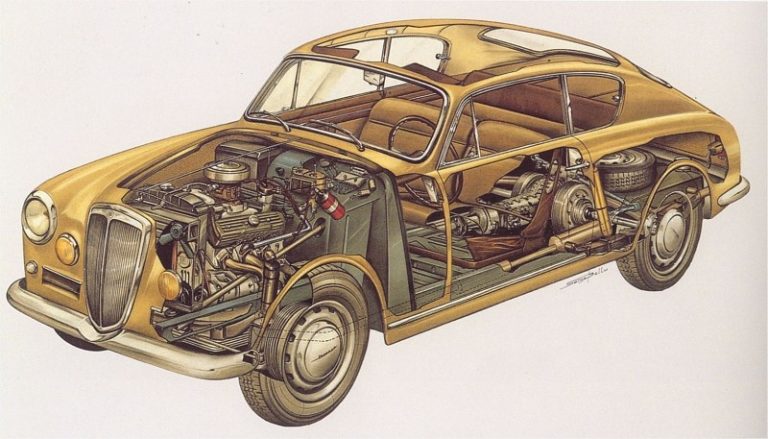 By now Lancia was certainly good, but it was the next generation who went onto make it really great. Vincenzo’s passing in 1937 cleared the way for his Gianni to take the reins and without his father to object, the previously unspoken subject of competition could be raised – and capitalised on. Gianni immediately procured the services of Vittorio Jano, the go to choice of mechanical engineers at the time.

In 1950 this collaboration led to the Aurelia, the very first V6 production car which generated enormous publicity for Lancia and with it, the company went into racing. While the Aurelia brought enormous fame, it also brought financial pain. Like the Ardea, with its pioneering 5 speed gearbox before it, it was highly engineered and more elaborate in the detail than any client would care for. 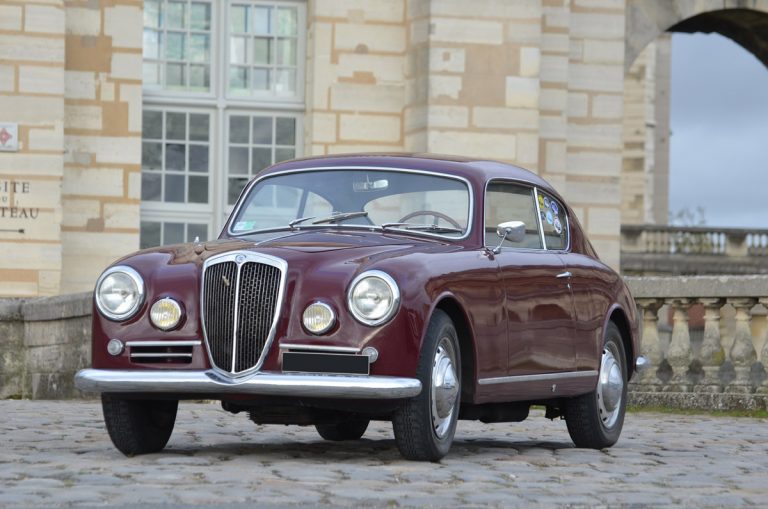 The devil was more than ever in the detail. Gianni saw motor racing as a passport to success via publicity, and now set his sights on winning at Formula One. Jano was now tasked with designing a world beater, and so turned out the D50 in 1954. The V8 engine was mounted off centre to allow the driver to sit alongside the drive line rather than on top of it, thus lowering the centre of gravity and the car was equipped with pannier fuel tanks to improve weight distribution and all this combined for Albert Ascari to score pole and the fastest race lap on the cars debut. 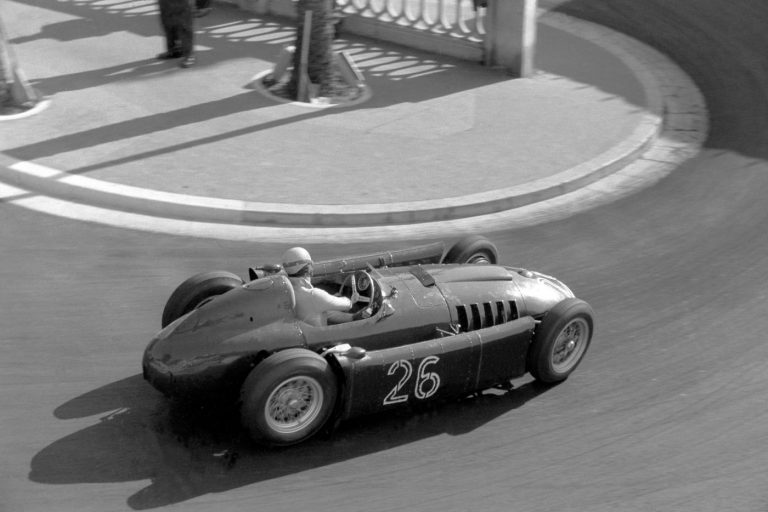 Though it brought even more publicity and prestige to Lancia, it also brought bills and drove the company into further hardship, the Lancia family finally selling their controlling interest and the six D50 grand prix cars were given to Ferrari to campaign. Simplified, they went on to even greater success, thus illustrating some of the futility of Lancia’s ways.

All the while the Aurelia continued to become the darling of the glamour set, the likes of Bridget Bardot in her B24 Spider and the B20 GTs becoming the road car of choice for many a Grand Prix driver of the era, but they were heinously expensive cars to build and Lancia’s continuing desire to improve the car progressively over six series did not include rationalising or simplifying the car for the sake of cost. Improvement was the modus operandi that Vincenzo handed down to Gianni – and it cost. 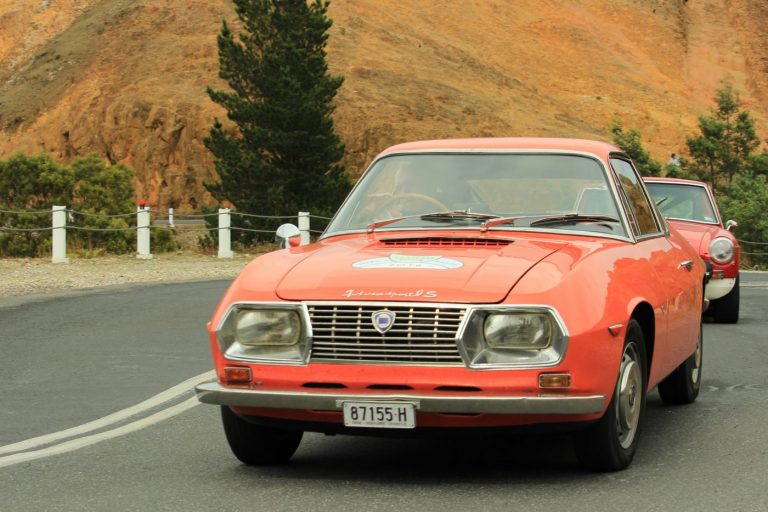 The cars that followed were spectacular. The Flaminia became a design icon and had supreme influence across the world in the late fifties and early sixties. This was soon followed by the Flavia and Fulvia that set a trend for small nimble cars into the sixties, tackling the likes of Alfa Romeo for the small sportscar market. Lancia continued to press technically brilliant, but very complex and over-engineered cars into the hands of a discerning clientele all over the world.

It was inevitable really. Always skirting the reality of becoming extinct, Lancia was absorbed by FIAT in 1969. FIAT was the colossus of Italian industry, the largest car-maker in Europe and in Lancia they saw the merit of marketing the prestige of the badge in a new range of cars that employed simpler layouts and shared components with other FIAT cars. Thus, the end of the real Lancia cars that were conceptualised, designed and built under the watch of subsequent generations of the same family, gave way to conceptually good ideas that could’ve been executed better and a campaign of attack on world motorsport – starting with Rallying. Ironically, this is the beginning of the period of that “Lancia magic” in competition that a whole generation of enthusiasts remember today as “the great Lancia”.

To make Lancia great again would be fabulous but it would be impossible because today car companies look to the bottom line first. Imagine a car maker today that built cars with brilliant ideas, truly eschewing the need to demonstrate healthy returns to shareholders and spending countless millions on motorsport and avant-garde stylists, with zero focus on the bottom line. Never going to happen. FIAT, or FCA as they’re known today seem to be more concerned with dividends than podiums. Sadly for us, as enthusiasts, this means shared platforms and badge engineering. This also means that our beloved and bonkers Italian saloons are related to Chrysler products from across the Atlantic. Lancia today exists on a one-model strategy. The Ypsilon city-car, sporting a hybrid power-train, reluctantly carries the Lancia family shield. It might well be a good car, but it’s not bonkers and it’s not great. And that is why I fear that the Lancia name might indeed be better off consigned to that list of defunct Italian brands, and for all of us to remember it and its achievements with wistful fondness.

We are the type of drivers from whom the answer to the question ‘would you like to try it’, is invariably “yes”. It’s an important question to answer in the …

Le Mans, 1970. Historically, it would have to be one of the event’s best publicised and most well-known stories, for it was the event that was conquered finally, by Porsche. …