Glance at your watch. Now think about everything you’ve done in the last 24 hours – including some sleep, three meals and all the usual things that you’d fill a complete day and night with.

Now, think about that length of time and imagine spending all of it circulating a 13 kilometre racing circuit. Oh, and in June in North-West France, so it’ll be baking hot during the day and it’ll quite likely rain – particularly through the night.

You’re racing – in fact, for 85% of every lap you’ll be using a wide-open throttle and at the end of the considerable straight sections, very heavy braking. You will share the car, but each stint will last for several hours. And, to be sure you’re kept on your toes, if you’re driving one of the faster cars on the circuit, you’ll be mixing with far slower ones, and vice versa. 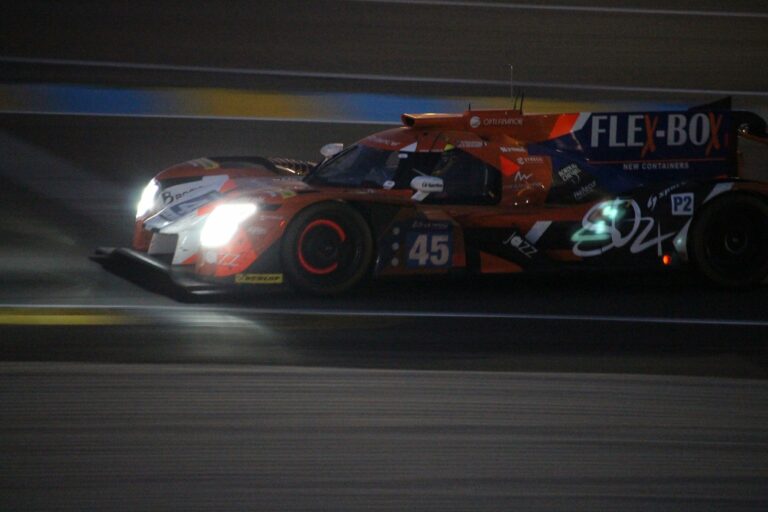 The 2020 event will be held this month; September. Not the usual June fixture, as a result of the global pandemic and its disruption of the entire planet, and this is just the third time in the race’s 97-year history that it has been postponed.

Such is the tradition of the 24hour, the first event held in June 1923, sanctioned by Charles Faroux and Georges Durand, that movements of the fixture are a rare occurrence. The 24 hour has become one of the most well-known, watched and recognised motor-sport events on the planet. But why? 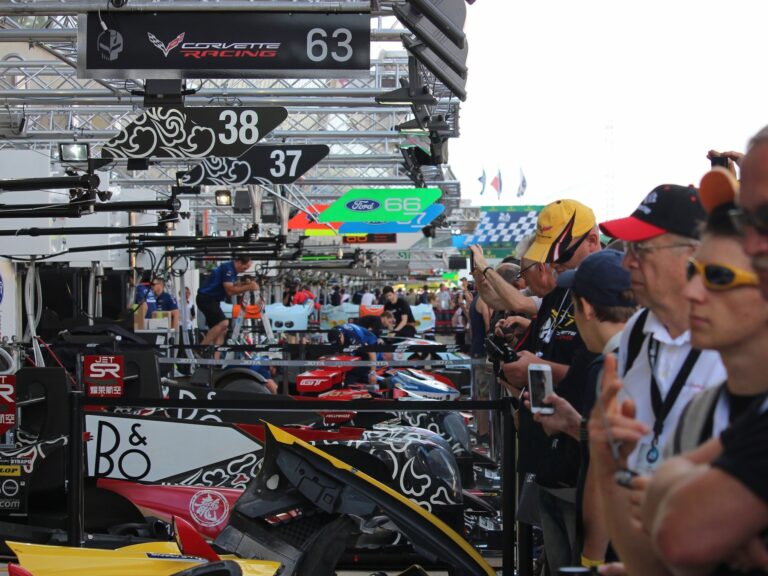 Faroux and Durand conceived the event as a race of speed but also as a test of reliability and of efficiency and as it evolved, it became an event from which a victory brought considerable prestige because it was a notoriously difficult race to finish, let alone win! The now famous Circuit de la Sarth is the home of the race. As it exists today it is precisely 13.626 kilometres, threading its way through a piece of rural France and taking in Ligne Droite des Hunaudieres or the “Mulsanne Straight” as it is more popularly known. The circuit is primarily made up of closed sections of public road, but in recent decades sections of purpose-built circuit are now incorporated. In the lead up to the race every year the areas that flank the circuit are transformed into something resembling a fair ground with entertainment, food vendors and carnival rides. Campers start to arrive from literally all-over Europe. I visited Le Mans in 2017 for the epic race, and as I walked through some of the camping ground I saw cars and campers with registrations from as far away as Russia. The whole area, the paddock, the pits and the stands just bristle with atmosphere. It is electric. And that level of elation is everywhere, from the paddock and the flanks of the circuit to the teams in pit lane and the drivers in the cars, but make no mistake – the great highs can be balanced by dreadful lows. 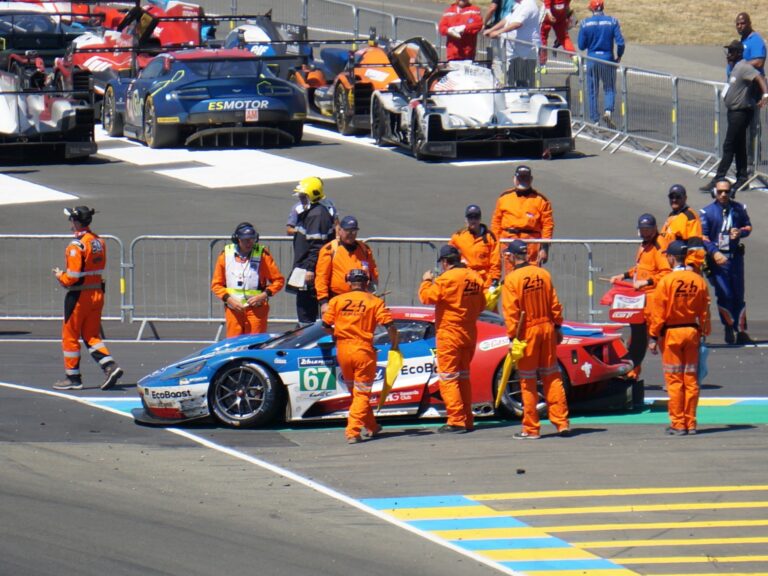 Le Mans has seen its fair share of misery in ninety-seven years. Specific accidents and mishaps have lead to portions of the circuit being modified. The Mulsanne was the longest straight on any circuit in Europe until the chicanes were inserted just before the 1990 event. In 1955 though, there took place an occurrence that would leave its mark on Le Mans forever, and in some cases it would change the face of motorsport all over the world. This was the Levegh accident, universally known as the Le Mans tragedy.

The largest number of fatalities in any single racing accident, ever. The events unfolded in a matter of seconds; Mike Hawthorn in his D-Type Jaguar, fitted with disc-brakes at every wheel, noticed at the last moment that his team had the board out, sequestering him for a stop. The D’s enormous stopping power enabled him to swerve into the pit lane (in those days, not separated from the straight itself). 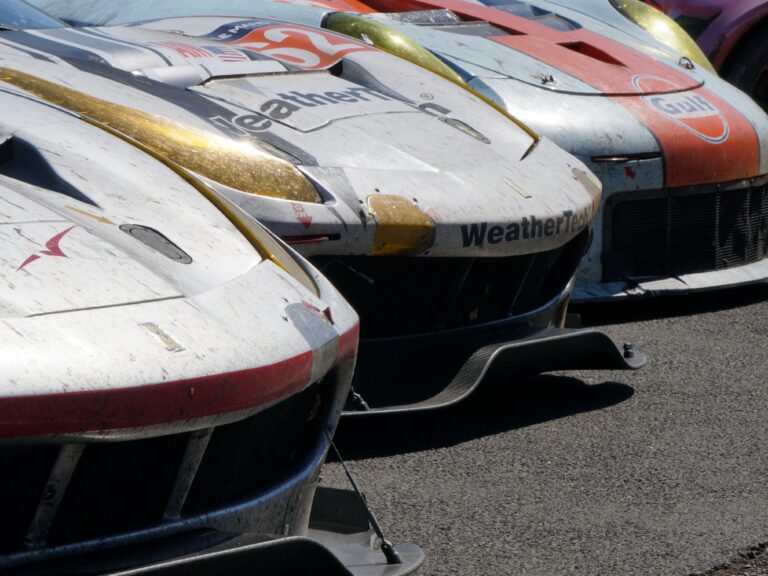 He cut across the bows of Lance Macklin in his Austin Healey 100S who, with drum brakes all round, could not rub off enough speed and thus swerved dramatically to avoid Hawthorn’s car and in the process, directly into the path of Pierre Levegh. The Frenchman was aboard another of the race’s very fast cars; one of Mercedes factory entered W196S – and one of the favourites to win the race. These were the famous “airbrake” streamliners, their fabulously high-tech straight eights and incredible reliability endowing them with an overwhelming chance of taking a top three finish. However, they were not fitted with discs like the Jaguars, and unable to avoid Macklin, Levegh’s Benz was launched off the back of the Healey as if it were given a ramp. In a stroke, Macklin’s car was punted off into the barrier while the Benz, airborne – broke up. Its engine and front suspension tearing a swathe through the crowd opposite the pit lane, the bonnet acting like a guillotine whilst the rear section of the car, containing the fuel tank, then landed on the bank and exploded. The fire, fed off the cocktail of alloy and magnesium in the car’s structure reputedly burnt for hours. 85 people were killed, including Pierre Levegh, whose body was recovered from the middle of the track. 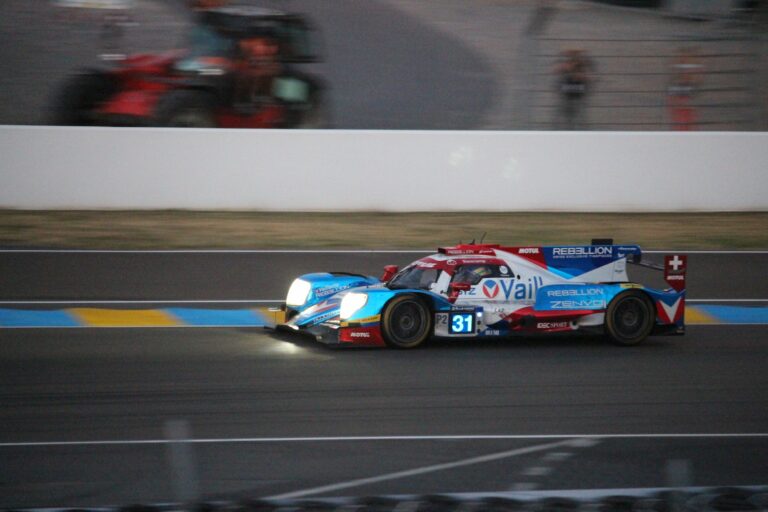 Incredibly, the race wasn’t stopped. In fact, with nobody present from the Mercedes organisation of a high enough rank of authority to make the decision, it took until 1:30am for the word to come through from Stuttgart giving the directive for the remaining silver cars to withdraw. Jaguar however continued and took the first two places.

However, the legend and prestige of the race did not abate. Periods of dominance from Bentley and Alfa Romeo, Aston Martin and Jaguar and the thundering Ford GT40 era then preceded possibly the most famous of the teams that would become inextricably linked with Le Mans; Porsche.

Porsche’s dominant years began with their first outright victory in 1970, and interspersed with rule changes saw 19 victories up to 2017. Even in the late seventies, when in response to the oil crisis and the ensuing war, the introduction of Group C rules for prototypes enforced fuel economy regulation even on the fastest competitors. This was arguably the rule change that lead to great forward advancements in turbocharging and its application in cars for the road – notably their reduction in thirst and rise in efficiency. 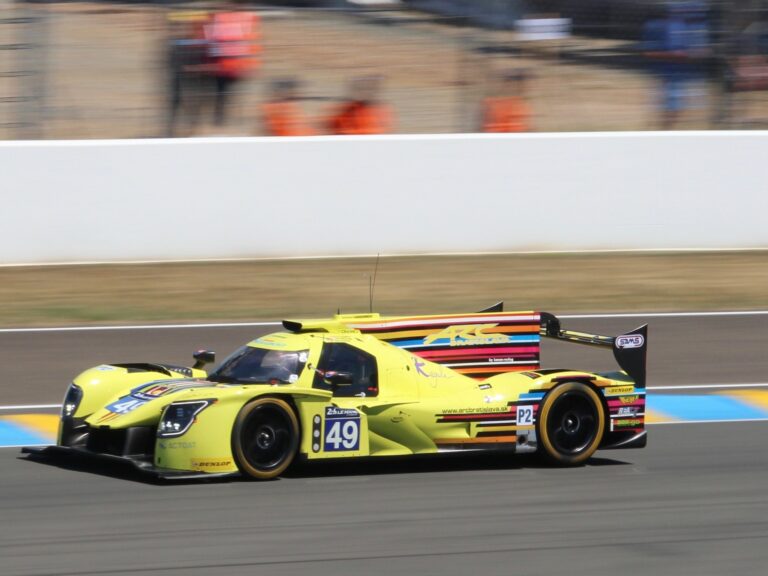 Many people regard the Le Mans 24 hour to be one of the Triple Crown of great motor races, the other two being the Grand Prix in Monaco and the Indianapolis 500. Those races both have great significance to people from various places in various eras, but at Le Mans, there is something special to motorsport fans all over the world, and of all ages. Hell, Steve McQueen was seduced so strongly by the race that he made a film about it. McQueen’s 1969 Hollywood epic was low on dialogue but high on visual drama. He managed to capture the extreme highs and derisory lows of Le Mans like nobody before or since.

And think about this – In the time that it has taken you to read this brief history of this famous race, had you been behind the wheel going flat out around the circuit you would have only completed little more than a single lap, with well over 300 laps to go. That 24 hours that I asked you to account for? It’s a very long time – and a lot can happen, and every year in the French Countryside, it generally does. 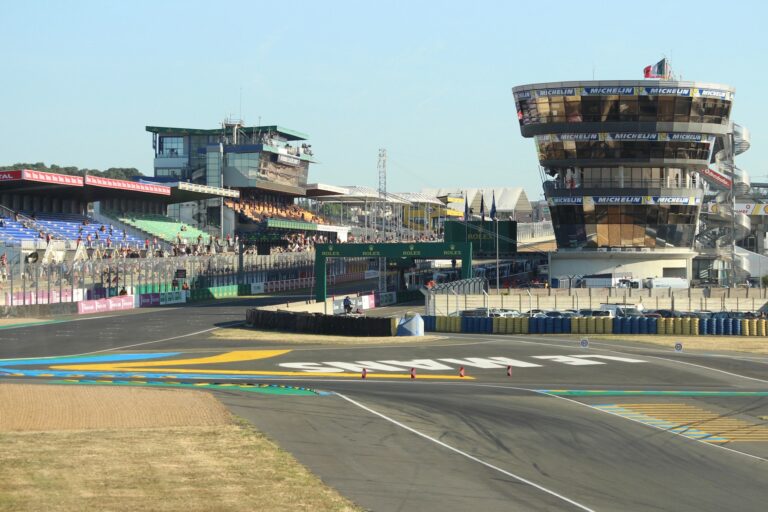 Le Mans, 1970. Historically, it would have to be one of the event’s best publicised and most well-known stories, for it was the event that was conquered finally, by Porsche. …

Arriving in Italy is exciting. It never gets old; the chaos made up of a nation of people who are always in a hurry. Food – my god, the food. …