Sympathy for the devil.

‘Mechanical sympathy’ is a phrase not often used or heard in the automotive world these days and sadly even when it is, it’s not very well understood.

But if you’re ever in a motor racing situation and hear someone comment “that driver is easy on the machinery” or “this driver is hard on cars”, both are referring to the mechanical sympathy that the driver has towards his race car.

But what does it actually mean?

In short, it’s the understanding of why a car or component works the way it does and how the driver can work with it to make sure it does its job the best it can.

Take another motoring phrase, “To finish first, first you have to finish”. That’s mechanical sympathy in a nutshell because it shows a team, mechanic or driver know they have to work with their car to get to the finish line, something that’s particularly useful in long-distance racing where cars really have to be nursed throughout the entire race to make sure that it completes the distance. Think Le Mans 24 hour.

Sure, that’s all well and good for race car drivers, but how does this work from The Motorists point of view?

Pretty much the same way and with the same results. 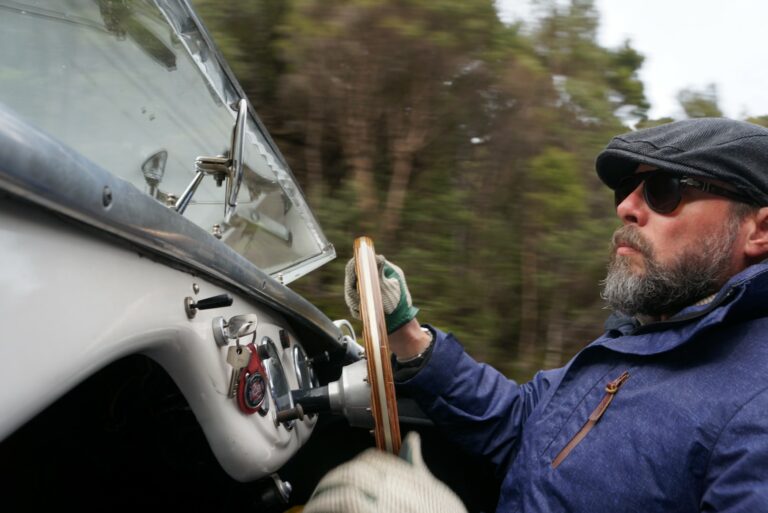 Particularly for older cars, the way a driver treats it in the very simple operations of changing gears, using the brakes or going around corners has a lot to do with the longevity of those components.

I can assure you that with the expense and rarity of some parts when fixing your classic it’s worth a thought, but it’s not just for the maintenance of the car – you drive smoother, and you’ll drive faster.

Modern cars have more advanced technology and materials so being a “good driver” is less important than it is in a car that’s 50, 60, 70 years old where things like the clutch, the brake discs and pads (or drums and shoes), synchros in gearboxes, tyres and drive shafts are all things that will benefit from a driver’s deft input.

So how do you learn mechanical sympathy? Well, to begin with, one simple requirement is understanding the componentry you are using. 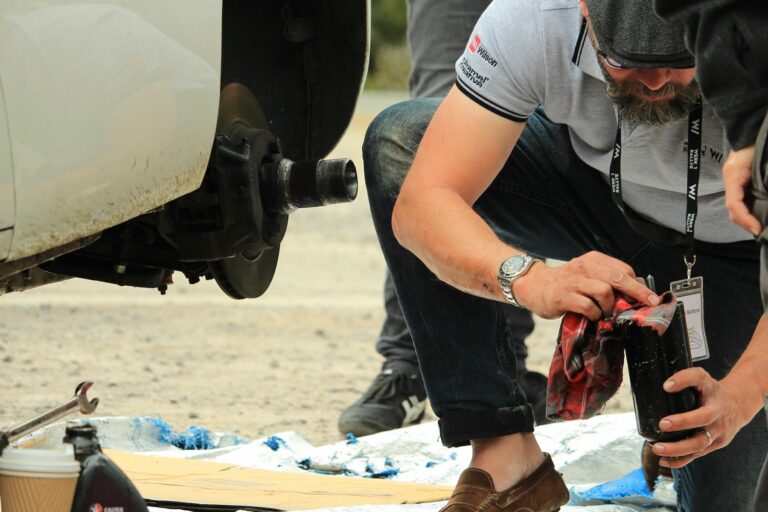 I’ve spent my life pulling machinery apart finding out how it works and fixing it or repairing it, so I have a clear head start over most. But, understanding how something works, what it’s made of and how it’s put together gives you a massive advantage when using said machinery to be able to get the most out of it.

Take the clutch in your car for example; it works by clamping a disc in between two solid steel surfaces, one being the flywheel and the other the pressure plate. The disk in the clutch is made of a consumable material that can wear and absorbs the friction between all surfaces, then the grabbing power of the pressure plate to combine the rotational speed of the engine and the gearbox is what drives the vehicle forward when you let your foot off the pedal.

Pulling apart many clutches over the years as I have, I’ve seen the resultant destruction of that friction disc and whether it has been in a racing car or in a road car tells you a lot about how that car was driven. 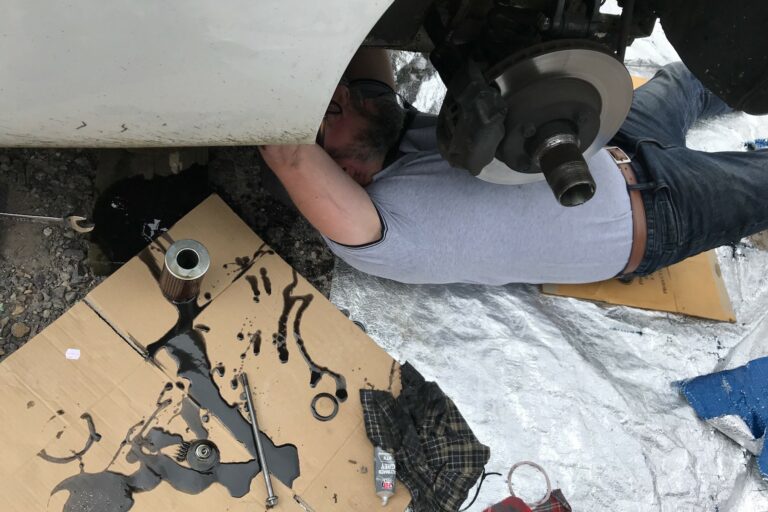 The net result of friction is heat that can only be absorbed within the friction material on the disk or the two metal surfaces beside it.

With that in mind, next time you are sitting at the slope of a hill pointing up, think about what you’re asking your clutch to do. Do you take the car out of gear, release the clutch pedal and use your brakes to hold the car on the hill or simply ride the clutch pedal holding the vehicle still with the engines power?

Ever driven a car with a clutch that shudders as you release the pedal? That’s a clear sign of warped surfaces due to heat. The longer those surfaces are sliding against each other the more heat is generated and the more wear occurs. It’s a simple concept but not usually one taught when someone learns how to drive!

Simply put, drivers with that mechanical sympathy give themselves an instant edge.

If you go back to the golden era of motor racing before the end of 1960s, a lot of successful racing drivers were the men who built the car that they were racing or were indeed also mechanics who worked on them.

Brabham and McLaren immediately spring to mind, Enzo Ferrari is another. They had an advantage because they knew the car inside and out, and knew how far they could push it if needed and where to back off.

Like I said earlier, they knew that “To finish first, first you must finish”. 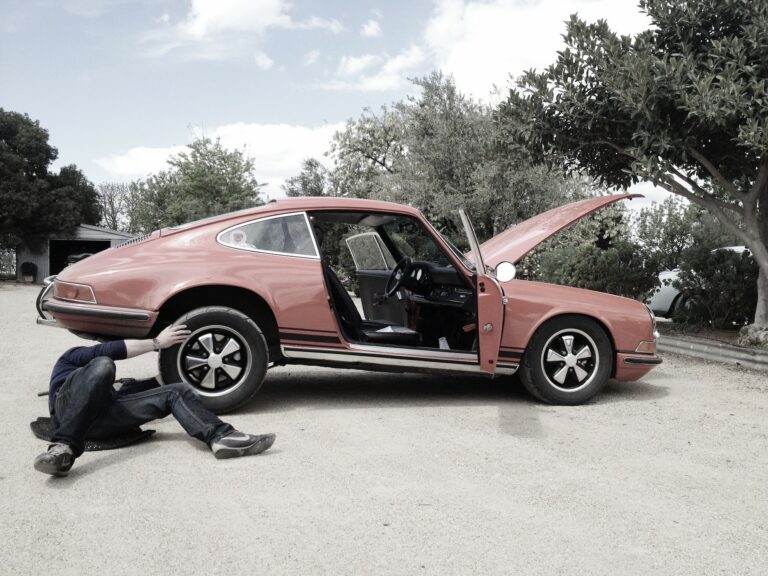 That carried over even more so in competitions where you would have to fix vehicles mid race or indeed in the sport of rallying like The Dakar.

In the very early days of racing the rigours of the sport showed up weaknesses in the componentry, maybe the technology wasn’t there at the time to solve the issue so the driver needed to work with what he had and understanding why a part might fail helped them to extend its life and get them to the end of the race.

This is why some companies have made better road cars as a consequence of participating in racing and diligently filtering ideas that helped racing cars, downward into road cars.

A few of the world’s top car manufacturers are testament to the “Racing improves the breed” philosophy, with Porsche a perfect example.

Drivers with mechanical sympathy listened to the cars they used, they knew what could go wrong, how to prevent that – and importantly how to tell the engineers what needed to be improved to make sure it worked better. 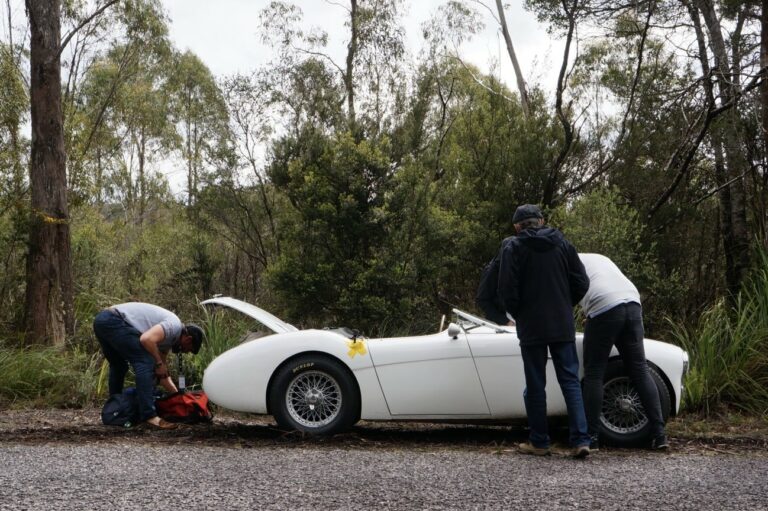 So here is some mechanical sympathy homework for all of you – start educating yourself on the basics of how things in your car work.

Get out your owner’s manual – how many of you have read it? – and look for the points that you’ll have to pay attention to.

Take a look under the hood and under the car and see how things connect and interact.

Ask yourself some questions like; What happens when you shift gears? What are synchromeshed gears? How does the clutch work? What happens when you make that fast down change in gears without matching the revs of the engine? Why shouldn’t you ride the brakes all the way down the mountain, leaving your car in top gear?

These are all questions the driver with mechanical sympathy knows the answers to and if you’re not sure, find out.

I’m not saying you need to be a mechanical engineer but even a little YouTube on “how it works” will open your eyes.

And it’s well worth the time.

Mechanical sympathy will make you a better driver, adds a new layer to your experience as a motorist and even better – it may also save you some money next time you visit the mechanic!

In the past few years I have found myself becoming increasingly less interested in the “supercar” – that special breed of exotic and expensive street-legal bank-busters. Coincidentally I was never …

It was one of those rare days. I was sitting in the office with nothing much to do. Rather than browse classic car classifieds (the usual go to, to while …