In the past few years I have found myself becoming increasingly less interested in the “supercar” – that special breed of exotic and expensive street-legal bank-busters. Coincidentally I was never that big a fan of Transformers and I feel like over the last decade or so that is what supercars have morphed into. More and more they seem bent out of shape, which is precisely the effect they have had on me.

I do believe in the old adage that “form follows function” and I get that air needs to be dragged into important places and heat needs to escape from others to stop a very fast car from bursting into flames.

I’m just not convinced that every intake and outtake that I’ve been seeing lately is absolutely necessary to stop that car requiring the services of a fire extinguisher.

It’s ironic I suppose because supercars are what got me into my love of motoring in the first place. The Countach of the early eighties certainly had a place on my bedroom wall as a teenager alongside “supercars” of yesteryear – Gullwing Mercedes, Aston Martins and of course the Ferrari 250 GT California, the latter courtesy of director John Hughes and a much smarter kid than me skipping a day of school.

And I’m sure that these days teenagers pine for the latest McLarens and 488 Pistas and clearly there’s no shortage of grown up teenagers with very deep pockets who are happy to shell out for them too, so maybe it’s just me. But there just seems to be a lack of charm in the styling of these vehicles. They’re more like weapons of war than weekend chariots. 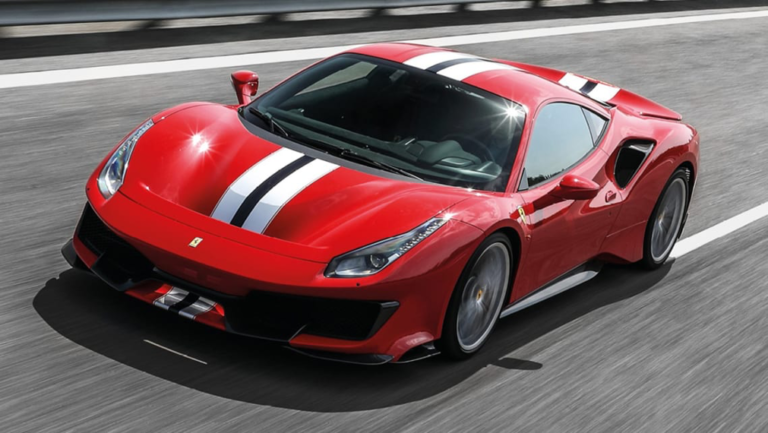 Coming back to the “form follows function” argument, just how much “function” demands this many openings in the bodywork of a car? How fast do you actually need to be travelling to require a rear wing that looks like it could have come out of the Boeing factory? How much cooling do brakes really require when you’re most likely driving to a winery for the weekend?

For me, the last great Ferrari was the 599 back in 2007. That car had the proportions just right and I believe it is destined to become a future classic. Timeless design is all too rare these days but that car had it in spades. Reminiscent of the Pininfarina days before Ferrari brought their design in-house after the death of Enzo and created the Ferrari Design studio which gave rise to the wind-tunnel generation of pocket rockets. 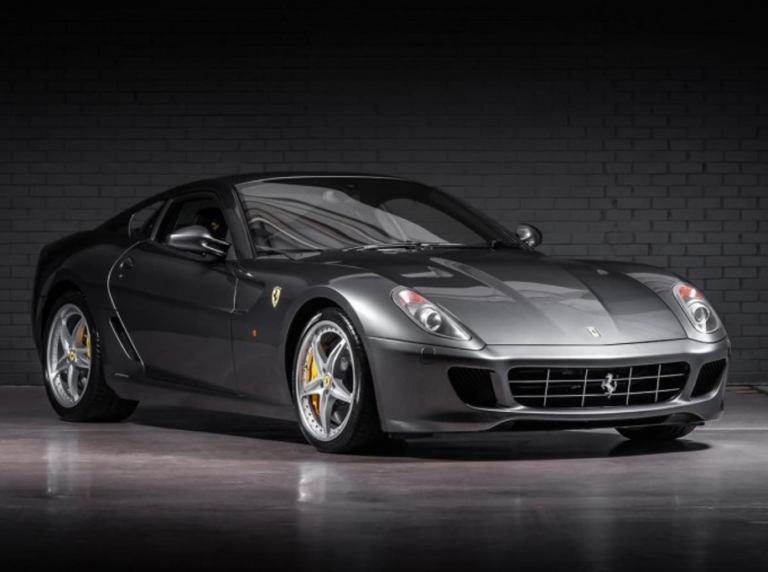 Fortunately the designers in Maranello today seem to have come around to the idea that not every customer is a professional race car driver. Or even a wannabe. Their latest offering is perhaps one of the most beautiful cars they have produced in a very long time. The Ferrari Roma eschews the “transformers” era in favour of a design aesthetic that seems to hark back to those perfectly proportioned GT cars of yesteryear. 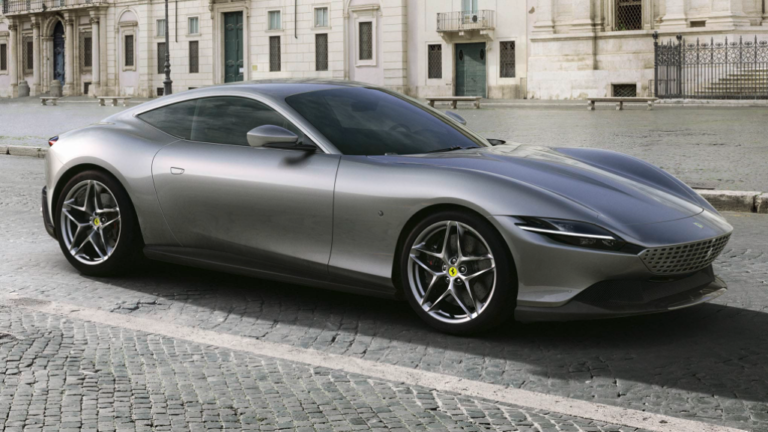 It’s straight out of 2020 but somehow manages to evoke a somewhat nostalgic feeling at the same time.

Admittedly, it is a 2+ GT car so it’s probably going to see less track time in the hands of its well-heeled owners than a McLaren, but at 1570kg and with a 3.9L V8 making 612bhp you’d imagine it would be pretty handy going around Philip Island too.

The lack of intakes puncturing the smooth lines of the coachwork is defining here as is the front grille, which is a significant departure from the oversized apertures we’re used to seeing on modern supercars (and something which ruined the look of the new Mercedes GT in my opinion). The Roma’s “mouth” is an elegant looking grate painted in the colour of the car’s bodywork which has the effect of integrating it into the overall design in a very subtle way, without sacrificing any of its functionality. 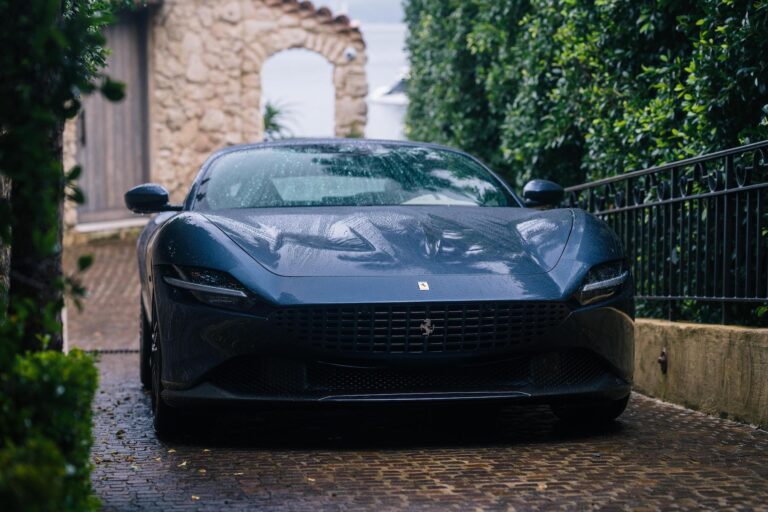 Ferrari’s design director Flavio Monza, in an interview with the AFR last month, said that with this car he was trying to achieve an “understated luxury…the idea was to get rid of as many technical solutions or aerodynamic devices that in certain cases can affect the shape and design of the car.” This is music to my ears and I believe he has achieved precisely what he set out to do.

Signore Monza is apparently a big fan of the Romanian sculptor Constantin Brancusi which is evident in the design of the new car, but one suspects he must also have a special place in his heart for Battista “Pinin” Farina and the coachbuilding company that bears his name. Looking closely at the new Roma even the rear spoiler is tucked away and only deploys when you actually need it. Now that’s what I call “form follows function”. 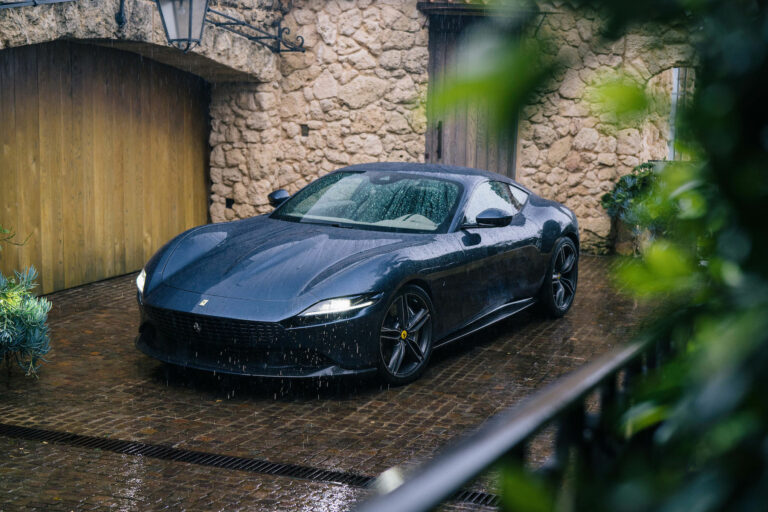 Arriving in Italy is exciting. It never gets old; the chaos made up of a nation of people who are always in a hurry. Food – my god, the food. …

Sympathy for the devil. ‘Mechanical sympathy’ is a phrase not often used or heard in the automotive world these days and sadly even when it is, it’s not very well …